Two weeks removed from San Diego Comic Con 2015, and I’m still riding high. My third Comic-Con (and like seventh con overall) was far and away my favorite. This year, I used the event more as a professional development ‘conference’ than an appreciation of all things geek. Trust me, I got my nerd out moments in, but when I focused on bettering my craft, all of the other giveaways and exclusives were just icing on the cake.

I got down to San Diego on Wednesday night and immediately had feelings of FOMO (That’s, “Fear of Missing Out”). Some of my buddies got there earlier for Preview Night and got some pretty cool exclusives. I was a bit jealous myself, but I knew #Sdcc was a marathon not a sprint.

Not only did I have time to walk the convention floor, I got the majority of my shopping out of the way. I even had time to meet an old friend from my childhood.

Cause we homies see?

I also let a friend from back home know I was in town for the Con. I got the side mission quest of finding rare Funko Pop Vinyl dolls. It’s amazing how much of a following those things have. I accept the mission, and it ended up being the perfect thing to do during periods of downtime.

Plus, I got the chance to perform my stand up act LIVE in San Diego during the event! The Mission Brewery was home to the Red Guerilla Comic Comedy Con, and I set the show off as the first act of the night.

Those of you that know I’m also a comedian, probably know of my dream to host a late night talk/variety show. Ever so often, I try to see these shows live, to see how the pros do it. Though I’ve seen Leno and Craig Ferguson do it, Conan O’ Brien was in town doing his show for the convention. I mean, what a way to kill two birds with one stone. I didn’t think I would actually get in, because of the sheer number of people that are in town that weekend, but not only did I get in, I got to see the action from the second row! Plus, the panels from Hall H were guests on the show, so I didn’t have to camp out all night to see the Game of Thrones or Walking Dead cast. 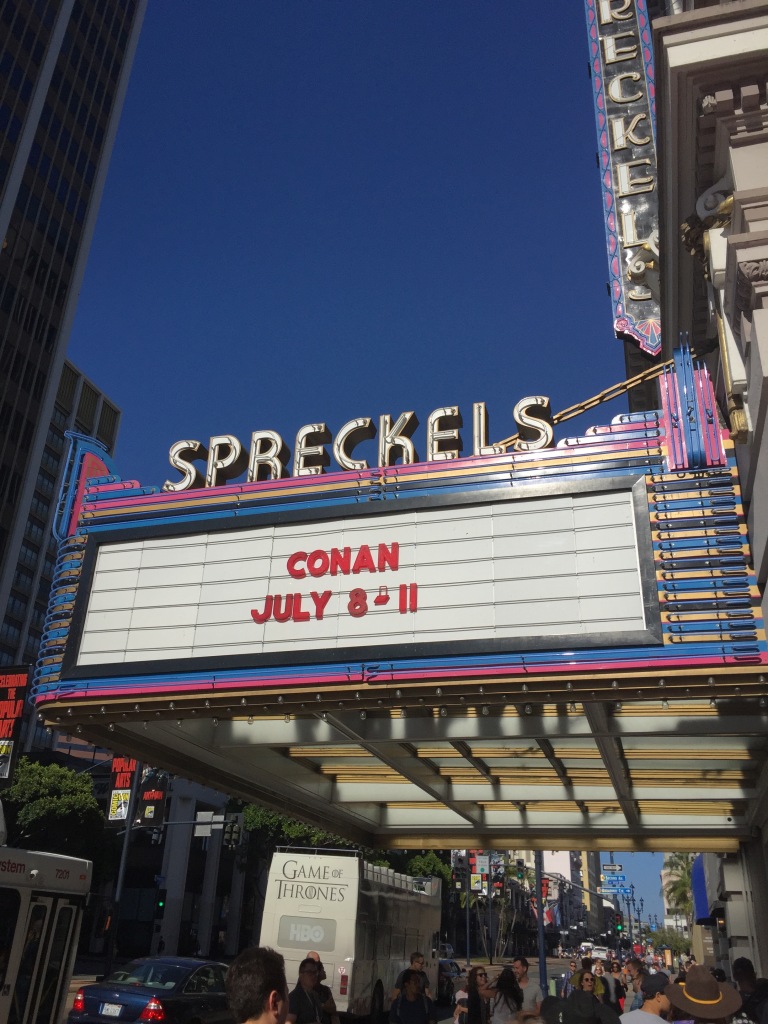 Three years ago, I wanted to up my creative game. I wanted to create more things for people to enjoy. I stumbled into Doug Neff’s panel/seminar about going from fan to creator. The panel (and subsequent book) was called “Epic Win,” and it has since changed my life. I recommend it to any one trying to make their creative works happen:

The “professional development” angle really came in handy when I opted to have a thirty minute private session with Mr. Neff. Sometimes just putting your idea into words can really put things into perspective. The session was an out of pocket expense sure, but I feel as if it will pay off in the end.

Then the highlight of the weekend came to the forefront. I got to realize a dream of mine of being on a panel at Comic Con! The panel, entitled “Not So Strange Bedfellows: The relationship between comics and professional wrestling. Yes, you read that right. This year I came as an actual comic creator, so I had a lot to say: ;-P

After scoring some more Funko pop dolls for my buddy, I waited on line to see comic artist Shawn Martinbrough. Funny thing is, we have a ton of mutual friends on Facebook, but this was the first time actually getting to talk to the man that taught me how to appreciate artwork as much as the written word on the page. 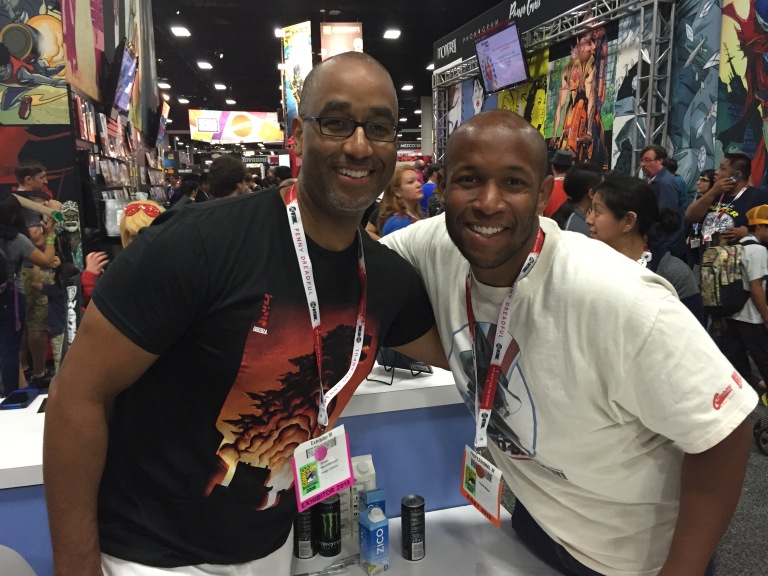 I waited a long time for that autograph, but it’s not for sale! Haha

I also got to run into my friends/co-creators over at Moviepilot! They treated me as if I was family and they were a sight for sore eyes!

After a long weekend being out in the sun and eating junk food, I (knowingly) came back home a bit under the weather. However, I can tell you that it was worth it. Suffer now and enjoy it all later, am I right?